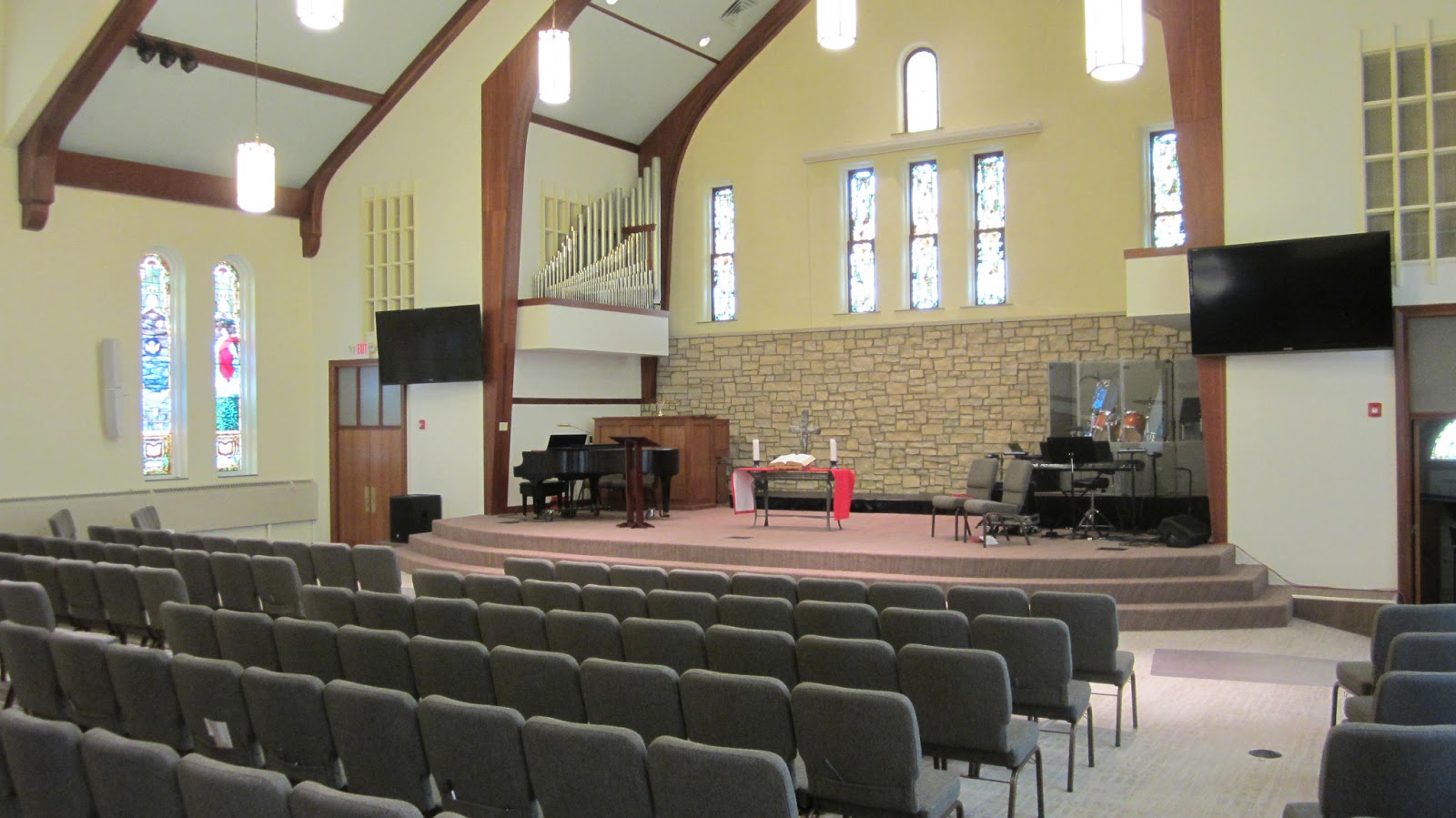 ORLANDO, Florida – Like many older houses of worship, First United Methodist Church in Jefferson City, Missouri had a sound system that had been in use since the 1980s. When the church made the decision to update the system, it went with an installation based around HARMAN’s dbx PMC16 Personal Monitor Controller, used in a unique way as both a personal monitoring system and as a recording mixer.

The church officials entrusted St. Louis, Missouri-based sound contractor The Aries Company (www.ariescompany.com) to design and specify the system for the 375-seat church. In addition to clear, intelligible audio throughout the sanctuary, the church needed an effective monitoring system for the members of the worship band.

Based on their analysis of the church’s architecture, Aries and its team, led by Technical Operations Manager Kelly Barrera specified a JBL loudspeaker complement that was as economical as it was effective. Just two JBL CBT70J+70JE-1 column speakers are needed to cover the sanctuary along with a PRX418S subwoofer and three AC25 compact loudspeakers under the balcony. Two JBL STX812M floor monitors are placed in front of the stage. In addition, four JBL Control 25CT in-ceiling speakers are installed in the lobby.

Crown CDi 4000, CDi 2000 and 180A amplifiers power the sanctuary’s loudspeakers. Front of house mixing is provided by a Soundcraft Si Performer digital live sound console, which among other aspects Barrera likes for its ability to name each channel and its channel patching, linking and grouping capabilities. A BSS Audio Soundweb London BLU-800 Signal Processor with Digital Audio Bus handles audio networking and processing for the system.

Barrera was particularly impressed by the flexibility of the dbx PMC16. The praise band uses six of them for onstage monitoring – and in an unusual application, a seventh is employed as a recording mixer for the church’s video production. The dbx PMC16 Personal Monitor Controller is a remote control designed to give performers the ability to set up and control their own personal mixes of up to 16 channels of audio. Each channel can be tweaked with EQ, panning, Stereo Width control and effects, including a choice of built-in Lexicon® reverbs.

“The PMC16 has enhanced the band’s ability to hear themselves and really dial in their mixes to their personal preference,” Barrera noted. The PMC16 is also being used as a controller for the passive stage monitors. Barrera notes that when the PMC16 is used with the Soundcraft console, users can patch any microphone channel to aux and have the PMC16 run a passive monitor. “The PMC16 is a great little product,” Barrera concluded.