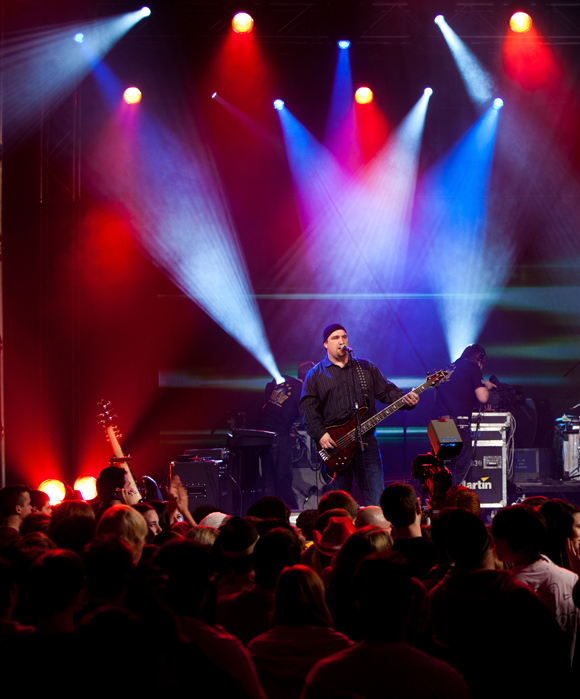 SALT LAKE CITY, Utah — Like many musicians turned recording engineers, Glenn Thomas began learning his craft on his own, long before setting foot in a “real” recording studio. He didn’t have a choice – growing up, the closest city with a professional studio was six hours away. From his early days of bouncing tracks on a cheap four-track cassette recorder, Thomas has progressed to become the owner of Newfoundland, Canada studio, ITuneAudio providing recording and production services for a wide variety of Canadian and US artists. When it comes to running a self-made studio, Thomas knows a key piece of equipment can go a long way – in this case, HARMAN’s dbx 376 Tube Channel Strip with Digital Out.

“When I was a kid I basically started pushing myself, working with four-track equipment until people were comparing my productions to what others were doing on 16 tracks, learning how to play all the instruments myself, touring in bands, moving to Ontario, Canada, you name it,” said Thomas. “Growing up with no one to learn from and having to work and work at everything until I got it right, I’ve always felt I had to be something of an overachiever – and I’m drawn to equipment that’s the same way and gives you more than you might expect.”

I grew up hearing about dbx, Thomas notes that dbx was “a household name” and that pieces like the 160s and 266 compressors and dbx EQs “were everywhere” when he was playing the club scene. “I always knew dbx made good products and when I found out they made tube gear I got really excited, since like many others I’ve always loved what a quality tube preamp can do for the sound of vocals and instruments.”

Fast forward to 2013 and it’s no surprise the dbx 376 has landed at ITuneAudio. In addition to a tube preamp section the 376 offers a three-band parametric EQ, compressor, de-esser, mic and line inputs, selectable digital sampling rates and analog and digital audio outputs. “I use the 376 on every project in one way or another,” says Thomas. On a current project for California Based band “X-Sinner” 7th album he’s running most guitar tracks through the 376. “It works exceptionally well to enhance the sound of a guitar that’s going into an amp simulator in a DAW. It really makes a guitar sound more like it’s being recorded through a real amp.” Thomas likes to apply a -3 to -6dB notch at 1 to 3 kHz to remove some midrange “honk,” a technique that’s helped him achieve a signature guitar sound.

When recording drums, typically a 15-mic setup, Thomas runs a stereo pair of AKG 3000 mics through a dbx dual channel 386. Cranking the mic pre pushes the preamp to “run a little dirty,” which Thomas finds adds to the sonic character. He likes using the 376 either when printing vocals and instruments right to a track, or during mixing when he can tweak the 376’s parameters to bring a track to sit perfectly in a mix. “I even prefer using the dbx 376’s preamp section instead of the built-in preamps in my high end digital interface. Other preamps are too ‘stubborn’ to use, feel too sterile or add colorations I don’t like, whereas the 376 always sounds right.”

“The dbx 376 and the dbx 386 are killer products for the money,” Thomas concludes. “I would never sell these pieces of gear.”