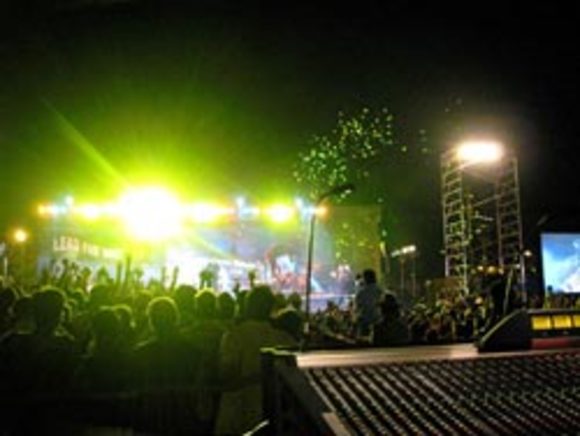 It was principally to run JBL's portable compact VRX932LA 12-inch, two-way line array loudspeaker that the company has added dbx's flagship processor to its inventory.

V&P Sound's Director, Vishnu, confirmed that the company will be using the DriveRack 4800 to control this PA in smaller gigs and the VRX915M monitors in larger capacity venues.

"We have been using dbx products since 1999, and they are excellent," he said. "We bought the DriveRack 4800 because it has all the features we need — 31-Band Graphic EQ and 9-band Parametric EQs on inputs and a 6-band Parametric EQ on the outputs, as well as Advanced Feedback Suppression."

As it uses the TCP/IP protocol and is included in Harman's HiQnet System Architect™ software, the company is able to plug the 4800 into an off-the-shelf wireless router and control it from anywhere in the venue. "It is very convenient for us to set up the DriveRack with a wireless tablet and just be able to stand in front of the monitors and ring it out," says Mr. Vishnu.