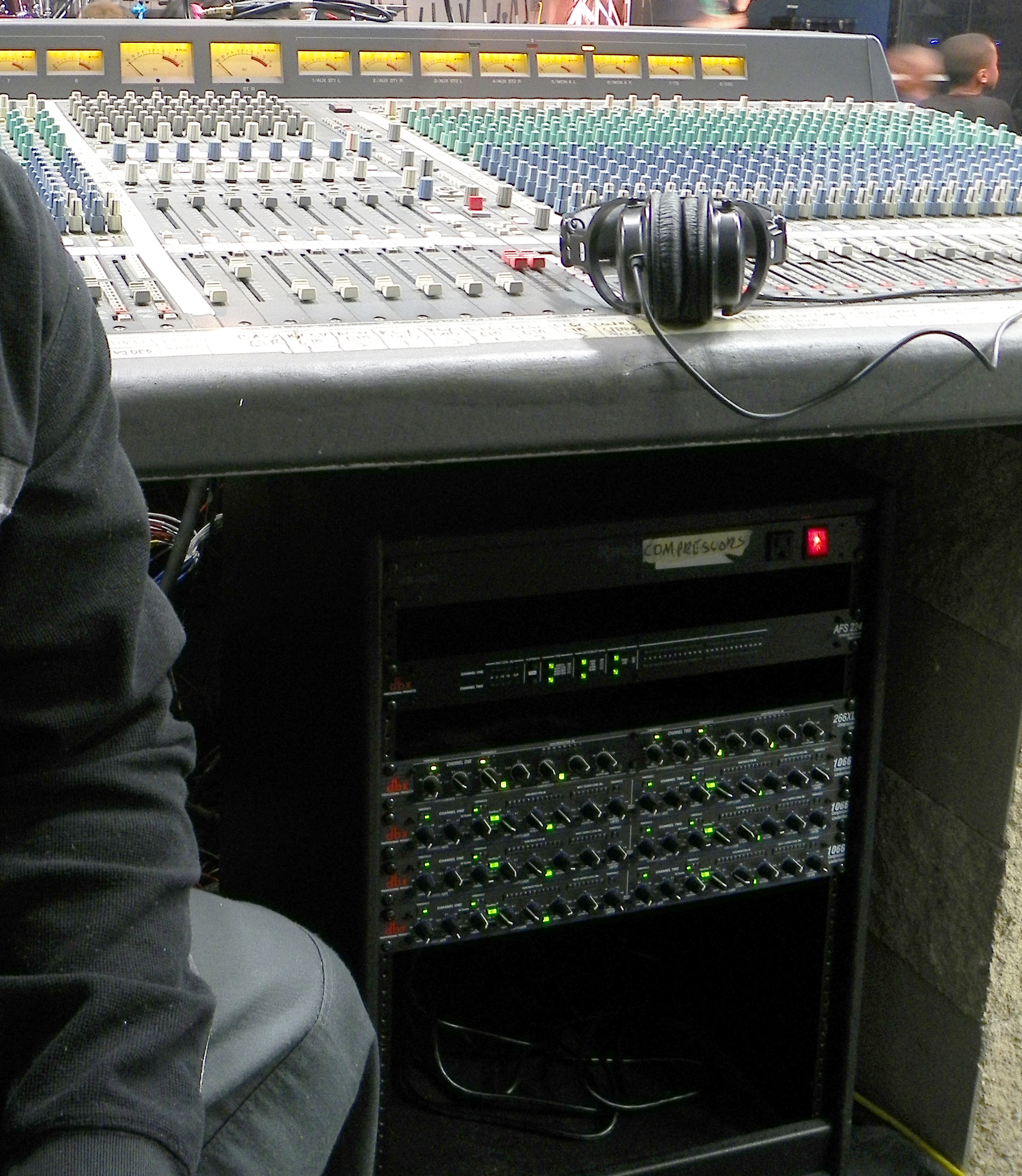 dbx Keeps Youth Organizations on Top at Tabernacle of Praise

Lacey has been an audio enthusiast since he was young, and now takes great pride and enjoyment in passing along his skills and enthusiasm to a new generation of budding sound engineers. “A big reason I got into audio is from being a performing artist and asking the front of house engineers about what they were doing at the console and how it affected the way things sounded.” Eventually Lacey learned enough to become a sound engineer and has been volunteering at TOP for the past five years. “With KIDZ on TOP and TOP AGENTS, the ministries’ youth are now doing the same thing I did when I first became curious about live sound – they’re intrigued by what a mixing console and all the lights flashing on the outboard gear rack! It’s a great feeling to know that positive impacts on the youth can happen even through the use of audio equipment!”

With the addition of the dbx 1066 to the ministry’s audio system, which already had a dbx 266XL Compressor/Gate in place, they now have more of an opportunity than ever to learn about the essential elements of dynamics processing and hear how they relate to worship sound. The 266XL and 1066 units are applied as inserts to eight vocal and instrument subgroups on the mixing console, and used for gating on vocals, drums and percussion. The 266XL is primarily used on the lead vocal channels while the 1066s handle the other vocal and instrument subgroups.

Lacey has extensive experience with dbx, noting that most of the venues where he performed earlier in his career used analog mixing consoles with dbx dual compressor/limiters of some type, especially on vocals – and in the ones that didn’t, “it was really a challenge to run sound. I wanted to make sure that I got our new 1066s in place as soon as possible so our youth could hear what it’s like to achieve the best mix possible, a really balanced mix with clarity and dynamics where all the vocals and instruments sit perfectly in place.”

Every FOH engineer has their favorite features about any particular piece of gear and the dbx 1066 is no exception. For  Lacey the Over Easy control “is a dream” for transparently smoothing out fluctuating vocal and instrumental levels. Sometimes he’ll use it on vocals like an instant “custom” overall setting so he can just concentrate on the rest of the mix. “Over Easy is a great feature that, to me, you can apply on just about everything. In fact it makes getting a good sound so easy it’s almost like cheating! That’s because good sound doesn’t ‘fight fair,’ especially in a live setting and sometimes you just have to bare-knuckle it and have tools that can get the job done quickly and effectively.”

For other applications Lacey notes that the 1066’s flexibility is in order, and that there are always cases where some hard knee compression or manual adjustments have to be made to tame and balance the mix. “In some cases, the live mix seems to have a mind of its own and changes its personality at a moment’s notice. With the 266XL and 1066s in place, you can deal with these sonic surprises much more easily, and achieve a great mix under any circumstances.”

The dbx 1066 Compressor/Limiter/Gate combines classic dbx dynamic response with a host of versatile features like selectable Over Easy or hard-knee compression, frequency-dependent gain control, PeakStopPlus speaker protection and many additional functions, making it the ideal dynamics processor for live, studio and broadcast use.

“James is a role model to audio professionals everywhere for the wonderful work he is doing with these youth organizations. We are proud to be able to support him and his work in teaching a new generation about how exciting professional audio can be,” stated Noel Larson, Market Manager, Portable PA, Tour and Recording, HARMAN Signal Processing.